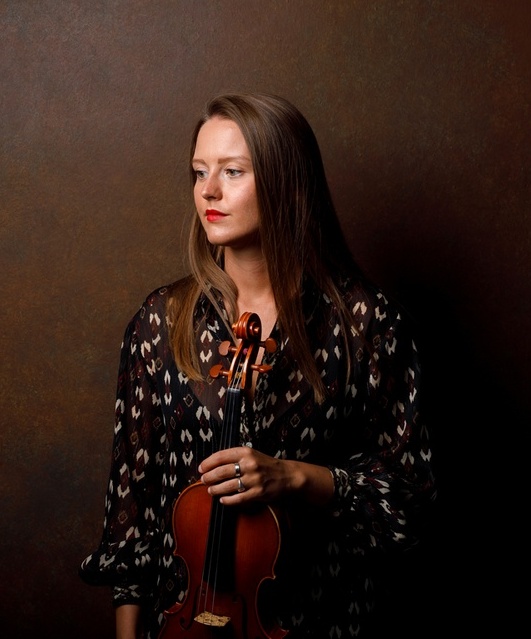 Leona Gogolicynová is one of London’s foremost young violinists, recognised for her virtuosity, depth
of tone, versatility and creative vision.

Born in the Czech Republic, Leona started to play violin at the age of 6 and is currently a Fellow at Guildhall School of Music & Drama.

Leona’s professional activities span many fields, most notably solo performance and chamber music. She participated in many competitions both in the UK and abroad. She was awarded the first prize at
the Concert Prize competition in two consecutive years and performed Lalo’s Symphonie Espagnole and Ravel’s Tzigane with the South Czech Philharmonic Orchestra.

Recent highlights include Leona performing Mendelssohn’s Violin Concerto in E minor with The St Clement’s Players Orchestra in Cambridge, solo recitals in Milton Court Hall and Barbican Centre, as well as her continuous charitable performances for the Czech community in London.