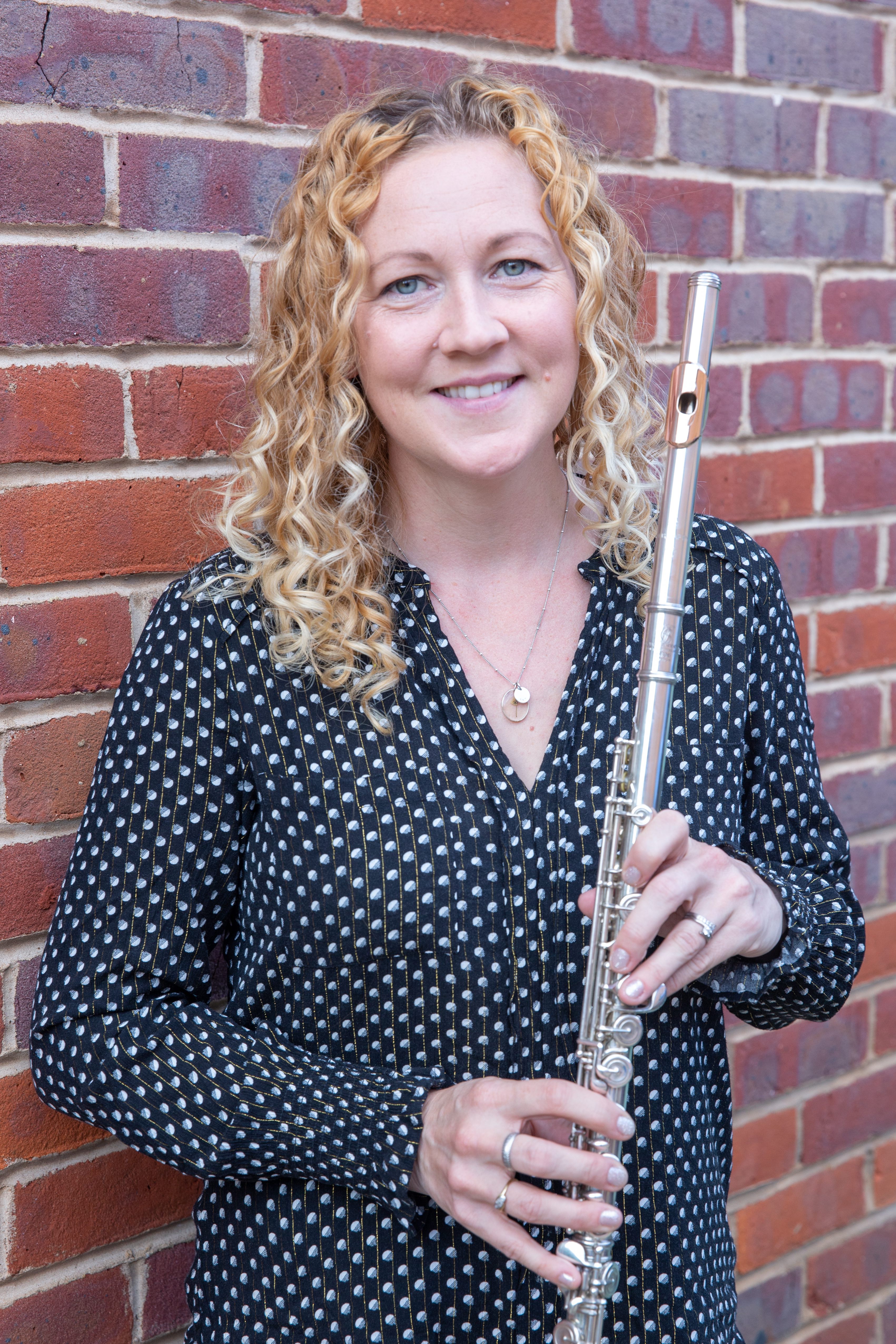 Clare Childs (née Robson) is from Harpenden originally and studied at the Guildhall School of Music and Drama, with an exchange to the CNSM Conservatoire de Paris, from where she graduated in 2006 with first class honours. She was lucky enough to begin a freelance orchestral career before joining the Northern Sinfonia as principal piccolo / second flute for five years based at the Sage Gateshead.

In 2012, Clare returned to her freelance career in London and has enjoyed playing with orchestras including the London Philharmonic, London Symphony, Royal Philharmonic, BBC Concert & Symphony and John Wilson. With these orchestras she has toured tour the USA, Asia and Europe, featured in the BBC Proms, and recorded albums, films and TV, including Twilight – New Moon, The Crown Series 3, and even the Aldi Christmas advert!

Clare is a mum to 3-year-old twins and a springer spaniel, married to Dom Childs (classical saxophone player and head of wind, brass and percussion at Bedford School) and enjoys what little free time she has running and spending time with family and friends. Clare also runs a dementia-friendly singalong called “Sing from the Heart”, which used to be in a local care home but now runs videos online too to help carers and their families living with Dementia.